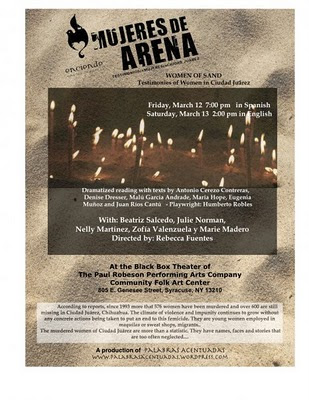 According to reports, since 1993 more that 576 women have been murdered and over 600 are still missing in Ciudad Juárez, Chihuahua. The climate of violence and impunity continues to grow without any concrete actions being taken to put and end to this femicide. They are young women employed in maquilas or sweat shops, migrants..
The murdered women of Ciudad Juárez are more than a statistic. They have names, faces and stories that are too often neglected....